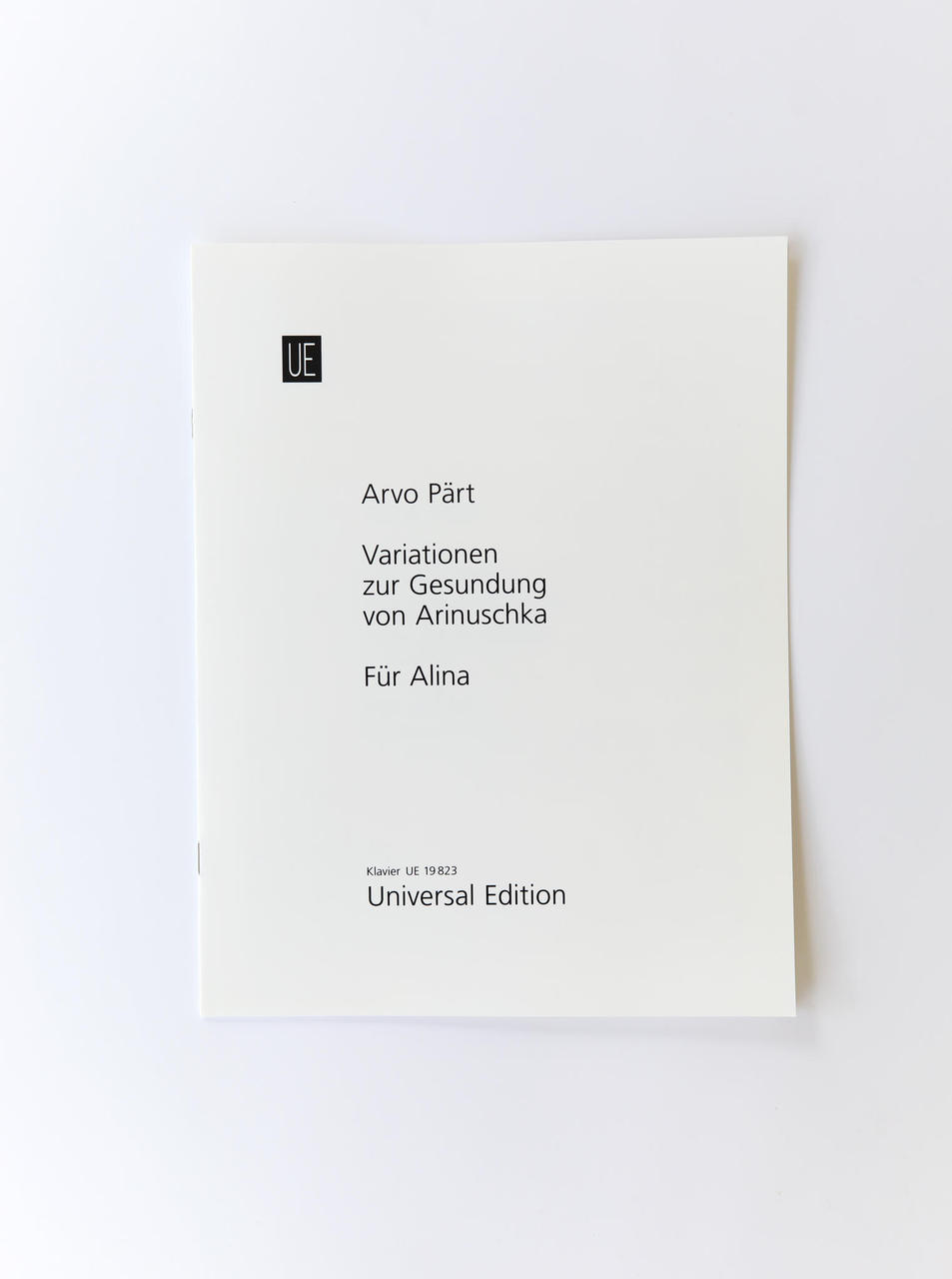 Für Alina was Arvo Pärt’s first tintinnabuli composition, written on a sunny winter day in 1976, after many years of creative searching. This miniature piano piece has been used in many films and in the musical design of various theatre and dance performances.

In addition to Für Alina, there is another piano piece between the covers: Variationen zur Gesundung von Arinuschka (Variations for the Healing of Arinushka), which Arvo Pärt wrote for his daughter Arina in 1977.