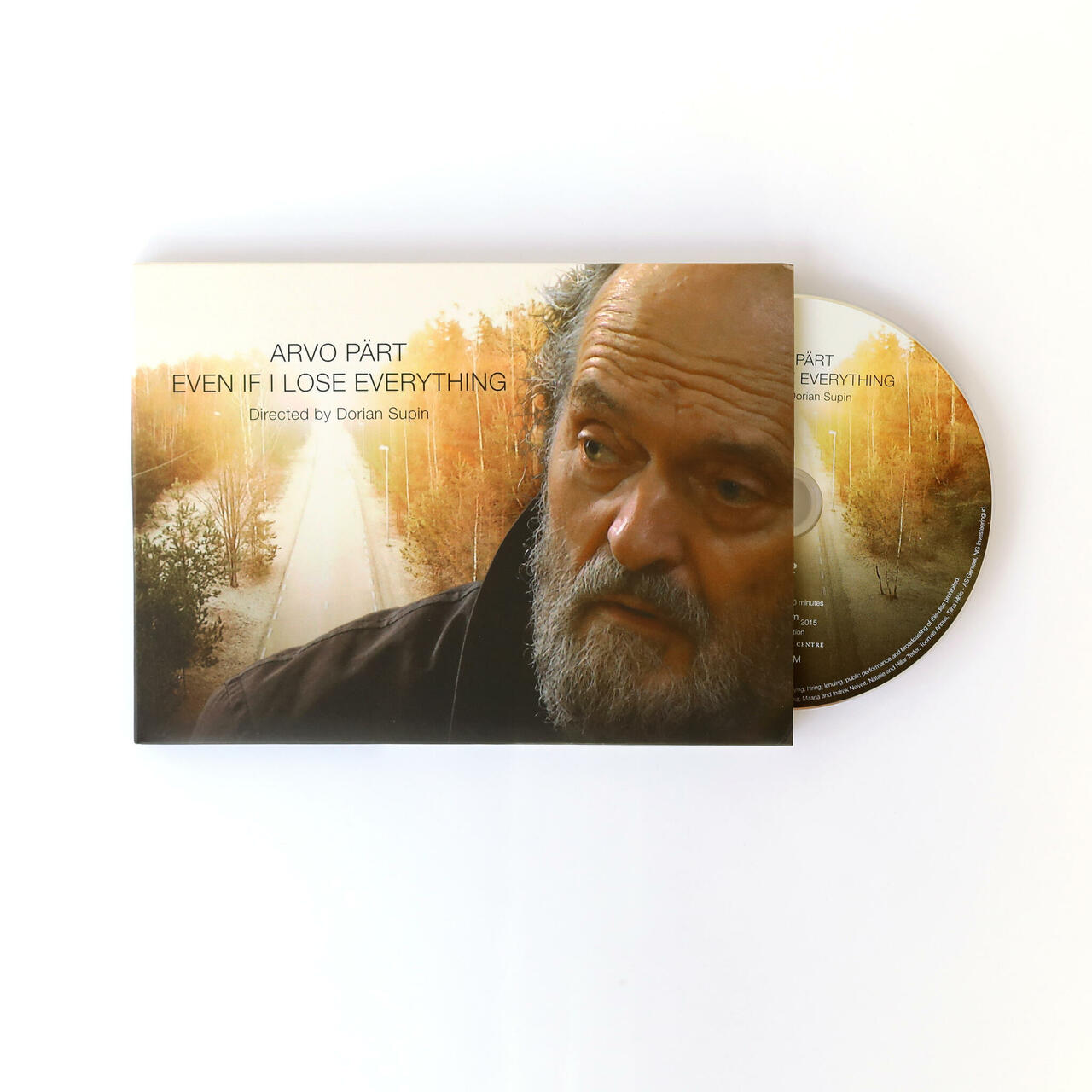 Dorian Supin's third documentary film of Arvo Pärt steps closer to the composer, showing him in a domestic setting as a composer, husband, father and grandfather. The title “Even if I lose everything” refers to an entry in Arvo Pärt's musical notebook, which the composer browses in the film, together with Immo Mihkelson. The musings and recollections inspired by the notes in these journals, in parallel with domestic scenes, shed light on the composer's life and creative philosophy, painting a personal, in-depth picture of Arvo Pärt. The film's soundtrack includes excerpts from Pärt's works.

The film was produced by the Minor Film studio in collaboration with the Arvo Pärt Centre, Universal Ediotion and ECM Records. An English-language booklet is included with the DVD, containing introductory texts by music journalist Immo Mihkelson, musicologist Toomas Siitan, and the director Dorian Supin. The DVD also includes English translations of the texts that form the basis of the music featured in the film. The booklet is illustrated with stills from the film and the sleeve was designed by Kalle Toompere.